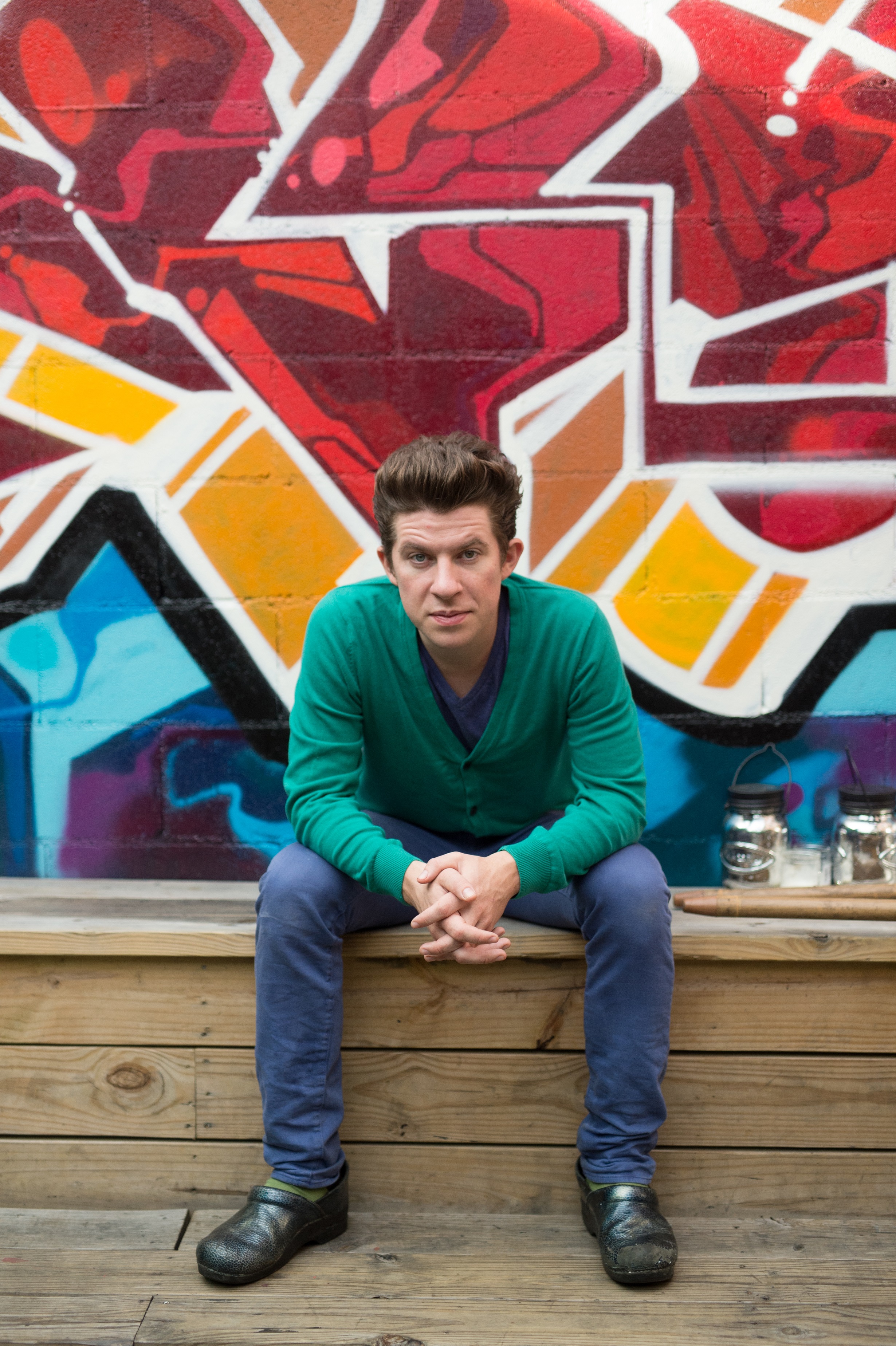 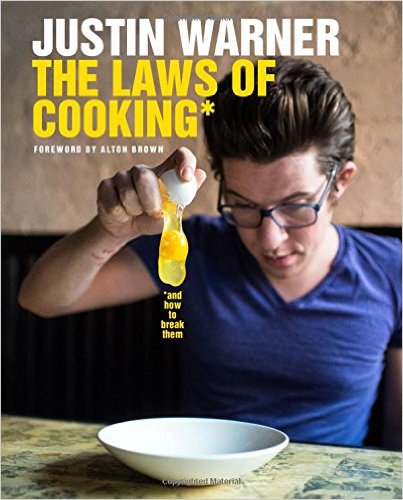 Eat, fellow humans. Chef Justin Warner’s Twitter handle (@eatfellowhumans) illustrates the power of the comma. With the comma, Chef Warner’s suggestively cannibalistic Twitter handle becomes a benevolent paean to food. As a self-taught “culinary rebel”, Chef Warner brings wit, creativity, and a deep appreciation for food and people to everything he does.

Chef Justin Warner rose to fame as a winner on Food Network Star and has since been busy with Food Network shows, other media appearances, podcasting, and as chef/owner of a Michelin-rated restaurant in NYC. Justin Warner also published his first cookbook “The Laws of Cooking” in 2015, and like the author, this cookbook isn’t like any you’ve ever seen. To learn more about Chef Warner’s unique path as a chef and food celebrity, check out the first episode of his new #DefiningMoment podcast from Guardian Labs and sponsored by Principal:

1) What is the best bite you’ve ever made and how did it compare to the best bite you’ve ever had?
I think the foie gras doughnut that put my former restaurant on the map is probably something i’m most proud of. It wasn’t really that complicated: foie, jam and a bread of some kind isn’t that noteworthy. What the doughnut did was allow for multiple “perfect bites” of those components with the fun and lack of pretense associated with doughnuts.

One of the best bites I’ve ever had was at Bobby Flay’s Gato. He had a tiny artichoke, fried, filled with quail egg and sea urchin. I was actually eating this with Alton Brown. We both loved the bite so much that we immediately began to dissect why it worked. Neither of us had ever had sea urchin and artichoke as a combo… that was a little alarming to me because I fancy myself a pretty passionate consumer of sea urchin in its various forms. Anyway, good ol AB and I determined that the link between those three ingredients was METAL. The tinny flavor of artichoke, the coppery flavor of sea urchin, and the sulphur of the egg yolk. It was like putting a delicious coin in your mouth. It took a real genius to pair flavors on that level.

2) If you replaced Alton Brown as the host of Cuttthroat Kitchen, what would be your ideal sabotage?

I would love to see licensed sabotages from famous movies. Cooking in a trash compactor from Star Wars, a dinosaur that rattles your prep station from Jurassic Park. Harvesting your ingredients from inside a crane game like Toy Story… I would also like to see more sabotages that involve fear. I could cook in a pit of snakes or spiders, but not on a 2 story ladder. I really don’t like heights all that much. Unless i’m in a tree or a plane, then it doesn’t bother me.

3) Have you ever made a dish that was inspired by Roman or Greek mythology?

No, but I wouldn’t put it past me. I just need the occasion. I would love to make an aspic that melts like wings that are too close to the sun or something with pomegranates for Persephone.

4) Why do we need a teleporter?

That’s tough to say. I feel that a large part of human existence and the reason we work so hard all of are lives is to get somewhere. If that struggle was absent, I wonder if we would continue to be a creative society, or if we would all turn in to been-there-done-that-why-bother types. That said, I really could go for a passionfruit from brazil right now. Something tells me that when we do eventually teleport, it will be very uncomfortable… life has a strange way of cursing us for convenience.

5) Does food taste better in your hand, on a fork, or on Lego?

Hand, Lego, Fork in that order. Forks are probably my least favorite eating utensil. They aren’t very elegant compared to hands or chopsticks. Totally worthless for soups. I generally use a spoon and chopsticks when i’m being civilized at home. When my wife isn’t around I eat a lot of stuff with my hands. Salads are especially nice in your hand. I really hate that we stab salads. It seems almost cruel.

6) What is the one thing (tool, spice, ingredient) you could not live without?

That’s tough. Salt is what almost everyone would say but I think the flavor of acid is a little more exciting to me. If I couldn’t taste acid anymore I don’t know what I would do with myself. Salt makes food wake up, but acid makes it go.

7) If you never became a chef, in what other ways would you use your creativity?

Good question.. nobody ever asks that. I kind of fell in to cooking, by accident really. I love it, don’t get me wrong, but I still don’t know that it’s my final calling. I would love to act, be a journalist, go in to marketing. I’d like to be a teacher too. The world is just so fascinating to me I don’t know if any one career is right. Mostly I want to stay curious and share my experiences so that other people can learn from my mistakes and successes. I think cooking is just one form of that larger idea.

Crazy food is the yummiest to me, but I experience yumminess a little differently than some. To me, what we taste on the tongue is just the beginning… it’s when the tongue talks to our brain and we get these two organs to have a dialogue that the real magic happens. That’s what yumminess is to me… I find that food is either interesting and thought-provoking (the artichoke/sea urchin thing) or gratifying and soul-warming (mac and cheese). For me, interesting (crazy) food is a little more yummy because it conjures new thoughts and ideas, and there is a sense of discovery and adventure. Those feelings are more pleasant to me than the feelings I get from good old mac and cheese. I don’t know why that is. I’m sure a shrink could tell me, but I don’t know that I want to know, y’know? 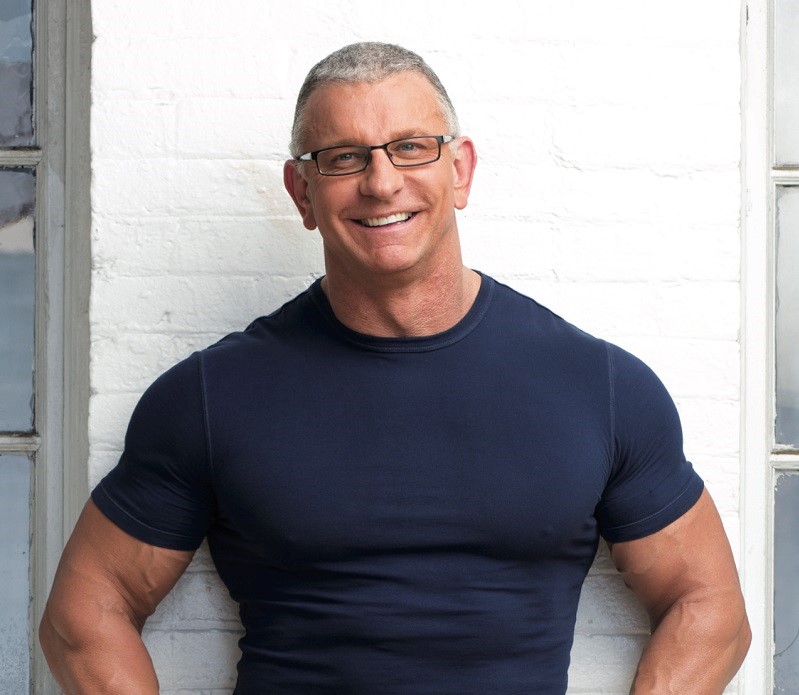 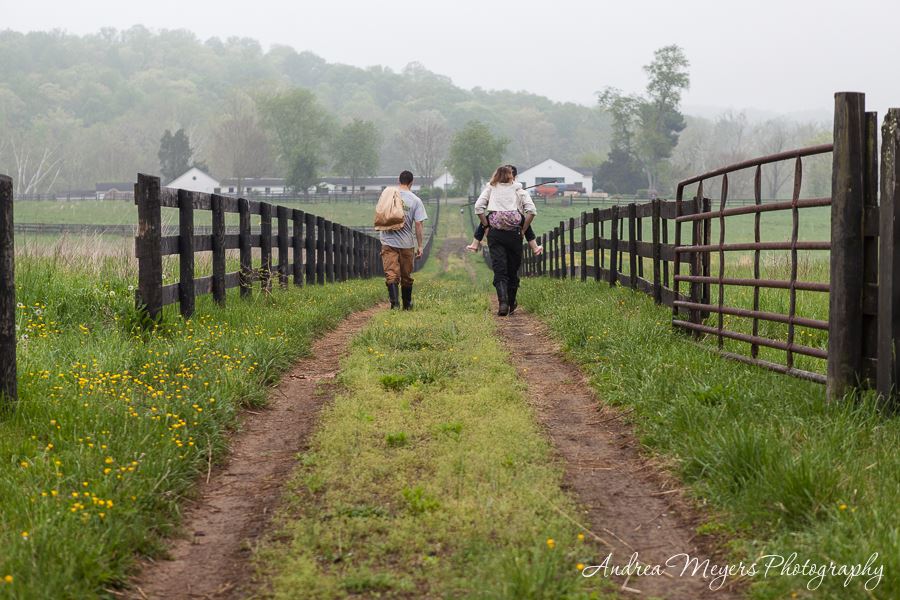 8 is Enough Questions for Jesse Straight of Whiffletree Farm 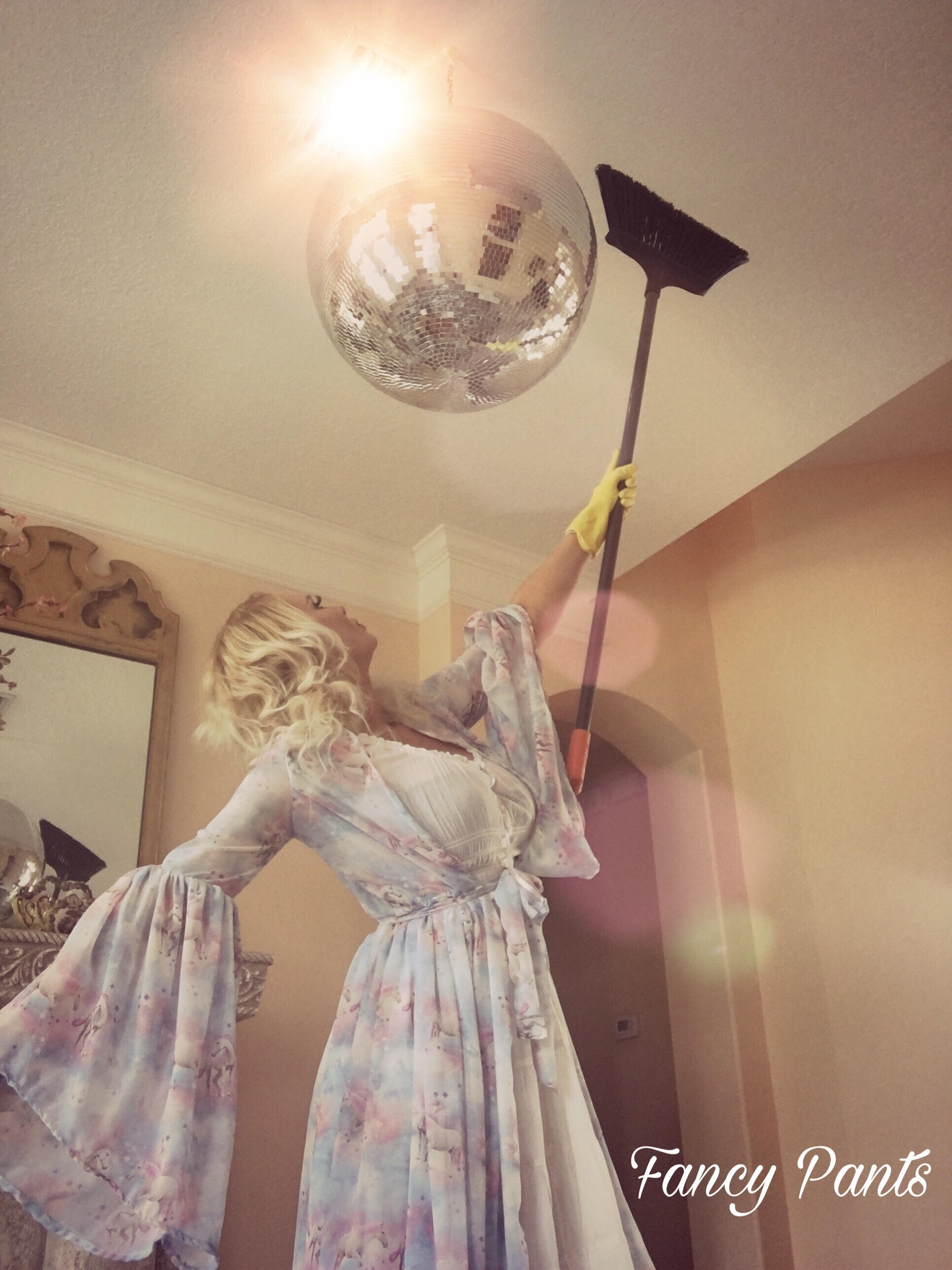 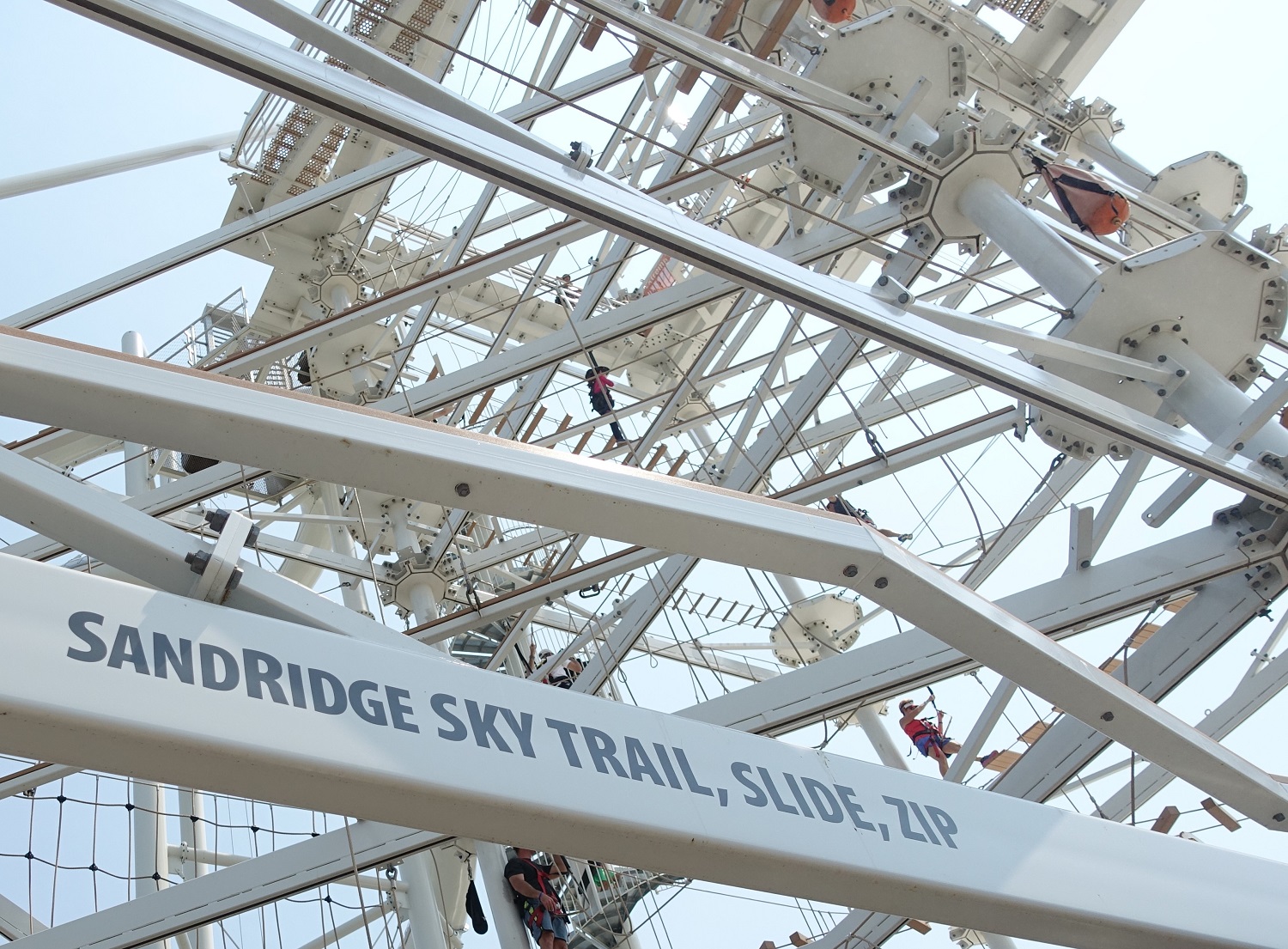